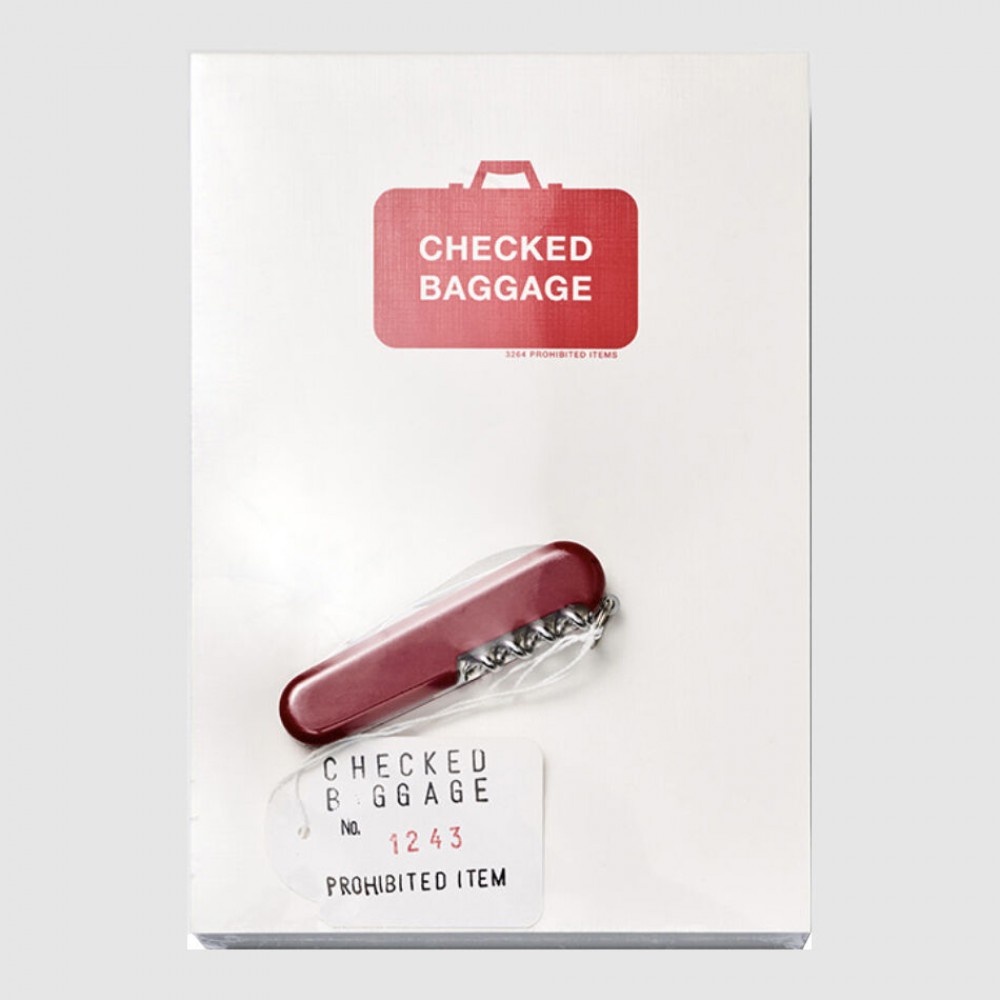 The Checked Baggage photobook was the first of two graduation projects by Meindertsma for Design Academy Eindhoven. The books’ content is an exhaustive catalogue of all the items confiscated from travellers in a one-week period at Schipol airport. Everything from children’s cutlery to potato knives, hairdressers’ scissors to nail clippers were amongst the items seized and later photographed and depicted in the book.  Meindertsma wanted to capture the strangeness of this situation; the confiscation of what were sometimes personal items at a time when security was hightened, and to demonstrate it visually. 2000 books were published and with each one sold, the purchaser also received one of the original confiscated items.

Christien had still 2500 “confiscated items” from 2004 in house,  so the second and last edition of this art piece is 2500 books. Each book is sealed, including a confiscated item.

Checked Baggage is mentioned in the book A History Volume II by Martin Parr.
christien meindertsma
paper
book
€ 49.00amount
€ 44.95 for customers outside the EU during checkout
share this on