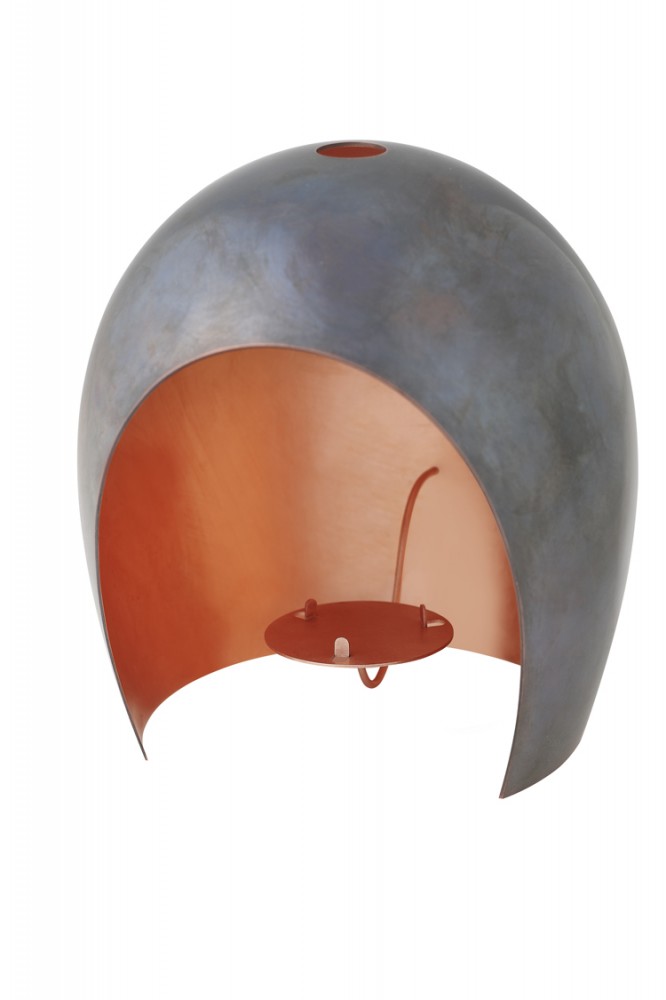 The approach of Aldo Bakker ( 1971, Amersfoort, Netherlands) can best be described as designing from the inside out. He aims to evoke interaction with his public on multiple senses. Haptic experiences caused by texture, depth, mirroring and weight. His tools of influence are his outspoken love for materials and his never-ending determination to understand various craftsmanship’s. Combined with his tameless urge for perfection, his objects lack a
typical ‘handmade’ impression, even contrarily. The almost endless process of their realisation give them a sense of
‘inhuman’ belonging, questioning their own existence.

Aldo Bakker comes from a well established design background. His father is Gijs Bakker, co-founder of Dutch design collective Droog and one of the first and most influential conceptual designers, while his mother was jewellery designer Emmy van Leersum. He propounds the notion that objects possess and evoke emotions in the user and that they can communicate through association, touch, texture and materiality. His work, often strange yet also strangely familiar, is intended to pose questions and trigger responses. He writes: ‘My objects should be able to create a space around themselves, to define their context on their own. I question their meaning and, hence, their use. In the ideal case an object acquires a status that legitimises itself, independently of the surroundings.’

please click on the images below for more information about prices, sizes and delivery time

candle holder presents a flat spoon-like shape that gradually progress into a three dimensional handle. The plateau is furnished with a small titanium spike and offers enough space for any candle to stand on it. The lack of visual diversion will help to focus all attention on the naked canlde.

soy pourer has been designed to mirror the act of pouring in the physical shape of the object. The long spout develops from a tube to a half-tube and to a line. This progress of form  visualises the slow process of pouring, and it helps to spread the soy sauce gently.

watering can translates all its functional parts into a tube. The handle is a reservoir for water, just as the actual container and the spout. The oval shape of the tube reinforces the graphic quality of the object.

salt cellar combines a container and a plateau. The container holds the salt and serves as a handle. Salt is poured onto the plateau, so that it can be picked up from the black surface. Filling the container works the other way around: salt is put on the plateau and then poured into the handle.
The gilding protects the silver against salt corrosion.

water carafe lies down instead of standing upright. The user has to pay delicate attention to the sound and the weight of the object to know when he should stop filling it. Because of the wide spout the flow of water from the carafe resembles a waterfall.
t.e. 066read more
t.e. 065 vinegar flask

vinegar flask has a characteristic spout. Like the mouth of an animal it protrudes from the opening of the flask. An appropiate dose of vinegar is poured into this small reservoir. Then, by tilting the flask to the side, it can be distributed over the dish.
t.e. 065read more
t.e. 064 salt cellar

salt cellar combines a container and a plateau. The container holds the salt and serves as a handle. Salt is poured onto the plateau, so that it can be picked up from the black surface. Filling the container works the other way around: salt is put on the plateau and then poured into the handle.
t.e. 064read more
t.e. 063 oil platter

oil platter has an elevated surface on one side. This allows users to press bread and oil against this surface. Any excess oil will drip back into the saucer. A slight elevation in the heart of the saucer distributes the oil to the outer rim.
t.e. 063read more
t.e. 062 oil can

The oil / milk can is a singular shape, without a handle or lid. The same cavity is used for pouring and filling. The opening is placed under a 90 angle, to prevent dust settling onto the content. The object creates a visul dialogue between content and interior space. 100% fine silver 10 x 4 x 10 cm limited and numbered edition of 15